The Moray Firth is a wonderful place to watch all kinds of wildlife from the shore, including dolphins, whales, porpoises, seals, seabirds and birds of prey.

Dolphins, minke whales and harbour porpoises can all be spotted from many points along the coastline. Anywhere there are cliffs or headlands are good viewing points. Take a pair of binoculars and some sandwiches and be prepared to be patient. These animals range over wide distances and we can never predict when or where they will turn up.

Locations which are particularly well known as good places to watch dolphins from shore include Chanonry Point on the Black Isle, the Sutors (two headlands at the mouth of the Cromarty Firth) and Spey Bay, near Fochabers on the Moray coast.

Some shore watchers having a great dolphin watching day at Chanonry Point. Photo by Charlie Phillips www.charliephillipsimages.co.uk
There are also several good places for watching seals, seabirds and birds of prey along the Moray Firth coast. Up to 100 seals can be seen hauled out on the sand banks at the mouth of Findhorn Bay, and Portgordon is another good place to look for seals.

Grey seals hauled out on a sandbar. Picture by Charlie Phillips, www.charliephillipsimages.co.uk.

Seabird colonies, including Kittiwakes, Fulmar, Gannets, Puffins, Razorbills and Guillemots can be seen from shore in several places, but coastal walks from Cullen are particularly good, as is a visit to the RSPB's Troupe Head reserve between Gardenstown and Pennan. 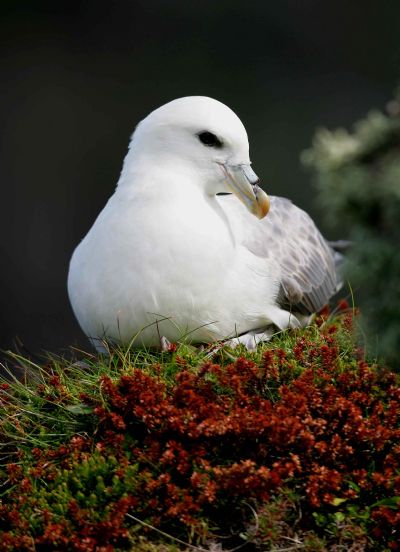 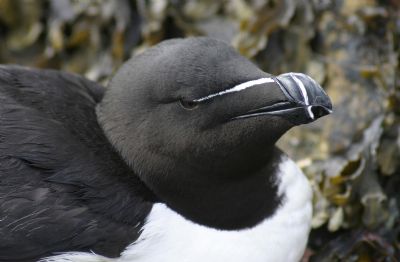 Razorbill on nest. Picture by Charlie Phillips, www.charliephillipsimages.co.uk.
Red kites are often seen circling above the Black Isle and Ospreys can be seen fishing at the mouth of the River Spey, in Spey Bay, and in the Findhorn Bay.

Whale and Dolphin Conservation (www.whales.org) can help you plan and get the most out of your shore watching activities in the Moray Firth. They have the Scottish Dolphin Centre which is located at Spey Bay http://www.wdcs.org/wildlifecentre  . At the Centre (open 7 days a week April-October) there are two free exhibitions, one situated in the largest ice house in Scotland, a cafe, lovely coastal and river walks and plenty of free activities and talks organised by WDC volunteers and SWT ranger. For more details about the Wildlife centre and their events, please call 01343 820 339 or Email dolphincentre@whales.org.